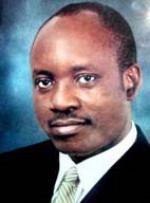 The editor of The Banker, Brian Caplen in a letter to Soludo dated December 8, 2005, stated that the award was in recognition of Soludoâ€™s â€œconsideration efforts to reform the Nigerian banking system.â€ The judges, he said, particularly took notice of the prescription of new minimum capital requirements for banks which has led to an unprecedented and successful consolidation in the banking sector in barely one year.

Though the specific details of how the team of judges reached its conclusions will be fully unveiled in The Bankerâ€™s edition of January 2006, sources indicate that the judges may have been excited by the many firsts already scored by Soludoâ€™s innovative consolidation of the Nigerian banking sector in less than 18 months of assumption of office as the CBN Governor. The judges were said to have been quoted to have said â€œSoludo has the strongest success story on banking any where in the world in 2005.â€ The team of judges included independent assessors from outside The Banker and The Financial Times.

Among the highlights of his notable achievements include a fundamental restructuring and reorientation of the banking sector as a result of the on-going consolidation which is expected to hit $3 billion mark by the end of this month. About $500 million of this came from abroad. No policy has raked in so much investment into Nigeriaâ€™s non-oil sector within a period of one year in the countryâ€™s entire history.

The impact on the capital market has exited foreign observers of the Nigerian economy. As at the commencement of the banking consolidation in July 2004, the share of the banking sector in the market capitalization of the Nigerian Stock Exchange (NSE) was about 24 per cent, but by September, 2005, it had risen to almost 50 per cent, making banking sector stocks the preferred stocks on the exchange.

The Soludo-inspired and driven consolidation programme is also reputed to be the least-cost industry-wide restructuring of the banking system anywhere in the world. Having cost as at the beginning of December 2005, a paltry one per cent of Gross Domestic Product (GDP). The Malaysian experience, which until now held the world record of 4 per cent of GDP.

A less appreciated impact of the consolidation exercise has been the boost in the savings and investment habit of the average Nigeria. Artisans, market women, civil servants, members of the armed forces and students have become shareholders in Nigeriaâ€™s consolidating banks. This has had the double effect of bringing into the formal sector, large funds hitherto were trapped in the infamous informal sector, and further boosting financial and investment awareness among Nigeriaâ€™s informal sector operators.

The private sector depositors of banks that were unable to make the new capitalization requirements have also been assured by Soludo that none of them would lose their deposits as the CBN has put an innovative process to ensure repayment of depositorsâ€™ funds in the New Year without the bitter experience of Nigeriaâ€™s unwinding bank liquidation processes.

The CBN under Soludoâ€™s leadership is also applauded to have successfully delivered on its commitment to businessmen and investors to maintain a stable Naira exchange rate within a tight band of 3 per cent announced at the beginning of 2005.

The award which includes a certificate and a trophy will be in an elaborate ceremony early 2006.