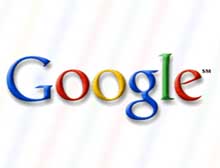 An ambitious new Google Inc. service lets anyone upload almost anything to a publicly searchable database, potentially laying the groundwork for a foray by the Internet juggernaut into classified advertising.

The venture, Google Base, could lead to a vast expansion of its content and signal grander ambitions for the king of online search-related advertising. Google’s stated mission is, after all, nothing less than organizing the world’s information.

Launched as a “beta test” early Wednesday, Google Base has the potential to make instantly available a vast sea of content including — but not limited to — recipes, job ads, photos, DNA sequences, real estate listings and individual standalone databases.

Normally, it takes Web “crawlers” days or weeks to scour the Web and feed Google’s main search engine with updated information, but they usually can’t penetrate content buried in databases. This tool will make locating anything that’s been uploaded nearly instantaneous, provided it finds users willing to provide the content.

Submitters will also be able to describe what they uploaded with keywords — making searches and filters easier and more reliable.

“This is all part of our efforts to make it really easy for anyone with information to make it accessible from Google,” said Salar Kamangar, vice president of product management at Google. “We just felt like this piece was just missing before.”

What’s less clear is exactly what Google plans to do with what it amasses. The Mountain View-based company said the primary purpose of Google Base’s release is to study and improve how the information is collected and categorized. Kamangar said the company eventually wants to integrate the results with results from its main search engine, its local search site, which identifies results by geographical location, and its shopping comparison service, Froogle.com.

As it stands, Google Base has no mechanism for transacting business, whether buying a car or applying for a job. But its patrons — a job listings service, say — will be able to provide links in whatever they upload to commercial sites that do.

If Google goes commercial with the new service, which is widely expected, it could pose a formidable threat not only to traditional classified businesses such as newspapers but also online sites like eBay and Craigslist. Speculation has been further fueled by a patent application for a service called Google Automat that helps would-be sellers generate advertising. The company also is known to be working on an online payment system. Hm… what is Google actually up to? Well, it is becoming more interesting as the end users would now have many options.

And last month, Web surfers stumbled on an early version of Google Base that invited people to list things like a used car for sale and a party planning service.

“Honestly I think there is no master plan other than ‘Let’s put this tool out there and see what people do with it,”‘ said Danny Sullivan, editor of the industry newsletter Search Engine Watch.

Data uploaded to Google Base can be transferred one item at a time or in bulk. There’s no limit on how many items users can send, though the database currently restricts the number of pictures in each submission and does not support video or audio. Submitters are invited to choose from an existing set of item types or can enter their own category. In another step, each entry can be tagged with labels that are either suggested by Google or defined by the user.

If a recipe is submitted, the initial category might be “Recipe” while tags could be created describing the type of cuisine, serving size, level of spiciness and main ingredient type. People looking for recipes could then refine results by clicking on the tags. Google Base attempts to get around the problem of spelling variations by suggesting attributes based on what other people have associated with their information in the past, Kamangar said.

“This is really an experiment for us,” he said. “We’re going to be very open to shifting and changing it depending on how it goes.”

So, if you run a business that offer classifieds, you might find Google Base a helpful way to increase your traffic, but that decision could end up haunting you if Google decides to launch tools to complete transactions. This will just amount to getting in bed with the enemy 🙂